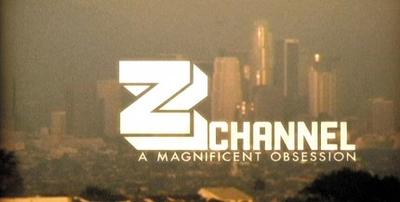 Z Channel: a Magnificent Obsession is a documentary about a hitherto little-regarded corner of the film-consuming universe: a small subscription cable TV service that served a patch of Los Angeles between 1974 and 1989. Though it never had more than 90,000 subscribers, Z Channel performed an extraordinary role in film culture - largely, you have to suspect, because its main audience was made up of the most concentrated film-oriented community on the planet. "Just talking to Alexander Payne and Quentin Tarantino," says Cassavetes, "guys who were growing up in LA when Z Channel was operating, you realise it's all about the sensibility of seeing films you love, all the time, uncensored. I think it was a perfect fit for Los Angeles. All the industry was there, these films that had no release, or very limited release, would get great exposure on Z. It was a great forum for showing films and having everyone in LA who was in the industry discover the film-maker."

Check out the trailer