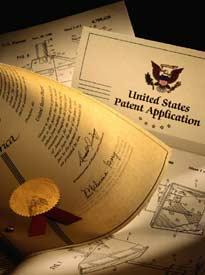 Late last month, shortly before the U.S. Congress shut down for its summer recess, the Senate Judiciary Committee's Intellectual Property subcommittee held an unusual hearing -- unusual because the only committee member attending the hearing was the chairman, Orrin Hatch, a Republican from Utah. Why would such a prestigious committee hold a hearing in Washington attended by only one member? To slam through some controversial legislation, of course. Senator Hatch was trying to pass a new law 'reforming' the U.S. patent system and apparently felt it would all go much more smoothly without the presence of the other committee members. And it might have gone smoothly, except someone in the press noticed the unusual hearing and decided to attend, essentially scotching the intended markup of the bill a week later and passage just as an unwary Congress was heading home.

The point of all this reform, it seems to me, is to make it harder for small inventors to make a living. If they are all thieves, maybe that's as it should be. But what if they aren't all thieves? What if they actually invent most of the stuff we value? Then all of us are being ill-served by this legislation. It reflects the worst kind of special interest law-making that hurts us all.
-Robert X. Cringely

"I fear that some of the patent reform measures currently under discussion are not only unnecessary to address the issues that exist in our patent system today, but have the very real potential to create substantially worse problems," he said. "Our existing patent system is not broken...A vast majority of the patents issued by the U.S. Patent and Trademark Office are sound."
- Dean Kamen, president of the DEKA research firm and inventor of the Segway

Large technology companies including Microsoft and Oracle recently have stepped up their lobbying efforts in support of the bill. This is not surprising, considering how frequently MS violates patents.