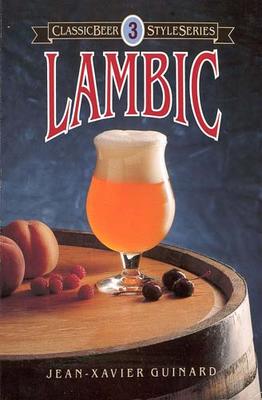 Unlike conventional ales and lagers, which are brewed using carefully cultivated strains of brewer's yeasts, Lambic beer is brewed with wild yeasts which are native to the Senne valley, where Brussels is located. These wild yeasts, some eighty-six microorganisms in all, give the beer its distinctive flavour: dry and cidery, with a slightly sour aftertaste.

Lambic is brewed from approximately 70% barley malt and 30% unmalted wheat. When the wort has cooled, it is exposed to the open air and spontaneous fermentation takes place. This is only done between October and May; in the summer months, there are too many unfavourable bacteria in the air. Aged dried hops are used, so the hop taste is not very strong.

After the fermentation process starts, the lambic is siphoned into old oak or chestnut barrels from the Porto or Jerez region of Spain. Some of the brewers prefer used wine barrels. The lambic is left to ferment and ripen up from one to two and even three years. It forms a flor of yeast that gives some protection from oxidisation, in a similar way to vin jaune and sherry; the barrels are not topped up.

Lambic beer is widely consumed in Brussels and environs.

It is also frequently used for cooking in Belgian cuisine.