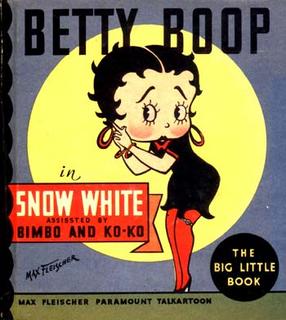 This 1933 pre-code cartoon features Cab Calloway and was animated by just one man, Roland C. Crandall. Predating the Disney film by four years, this surreal short features a Calloway tune never heard outside of this recording.

Cab Calloway's wailing rendition of St. James Infirmary adds a dark and sinister undercurrent to the old Snow White story, a juxtaposition especially of interest because the song is supposed to be about a girl who died of a cocaine overdose, and "snow" is another name for cocaine. Leslie Cabarga has suggested that the Fleischers were unaware of the significance of this and the other songs that Cab performed for Betty Boop cartoons, but the cave imagery suggests that the animator, at least, knew what was going on.