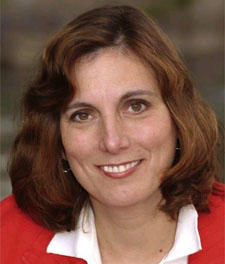 Lois Murphy is a wife, mother, and attorney who represents small business owners, nonprofits, and families. She is active in her community and has held leadership roles in several organizations dedicated to improving women's lives.

After graduating from law school, Lois clerked for a judge of the U.S. Court of Appeals for the Second Circuit. She then joined the U.S. Justice Department before serving as associate legal counsel for NARAL Pro-Choice America, where she defended reproductive rights and worked to reduce the need for abortion through more effective and accessible family planning.

She has been an adjunct professor at Temple University's School of Law. She has also served as president and as a board member of NARAL Pro-Choice Pennsylvania. Lois is a trustee of the Women's Law Project and was appointed in 2003 by Governor Rendell to the Pennsylvania Commission for Women.

Lois Murphy is the third in a series of WTG-endorsed candidates. Previous candidates include Jon Tester of Montana and Nick Lampson of Texas.